Skip to main content
🔄 Older Documentation for Great Expectations can be found at the legacy.docs.greatexpectations.io 🔄

Metrics are values derived from one or more Batches that can be used to evaluate Expectations or to summarize the result of Validation. A Metric could be a statistic, such as the minimum value of the column, or a more complex object, such as a histogram.

Metrics are produced using ExecutionEngine-specific logic that is defined in a MetricProvider. When a MetricProvider class is first encountered, Great Expectations will register the metric and any methods that it defines as able to produce Metrics.

Metrics can have any name. However, for the "core" Great Expectations Metrics, we use the following conventions:

Additionally, to facilitate optimized computation of Metrics, we use Metric Partials which define partially-parameterized functions that are necessary to build a desired Metric.

This diagram shows the relationship between different types of MetricProvider functions. 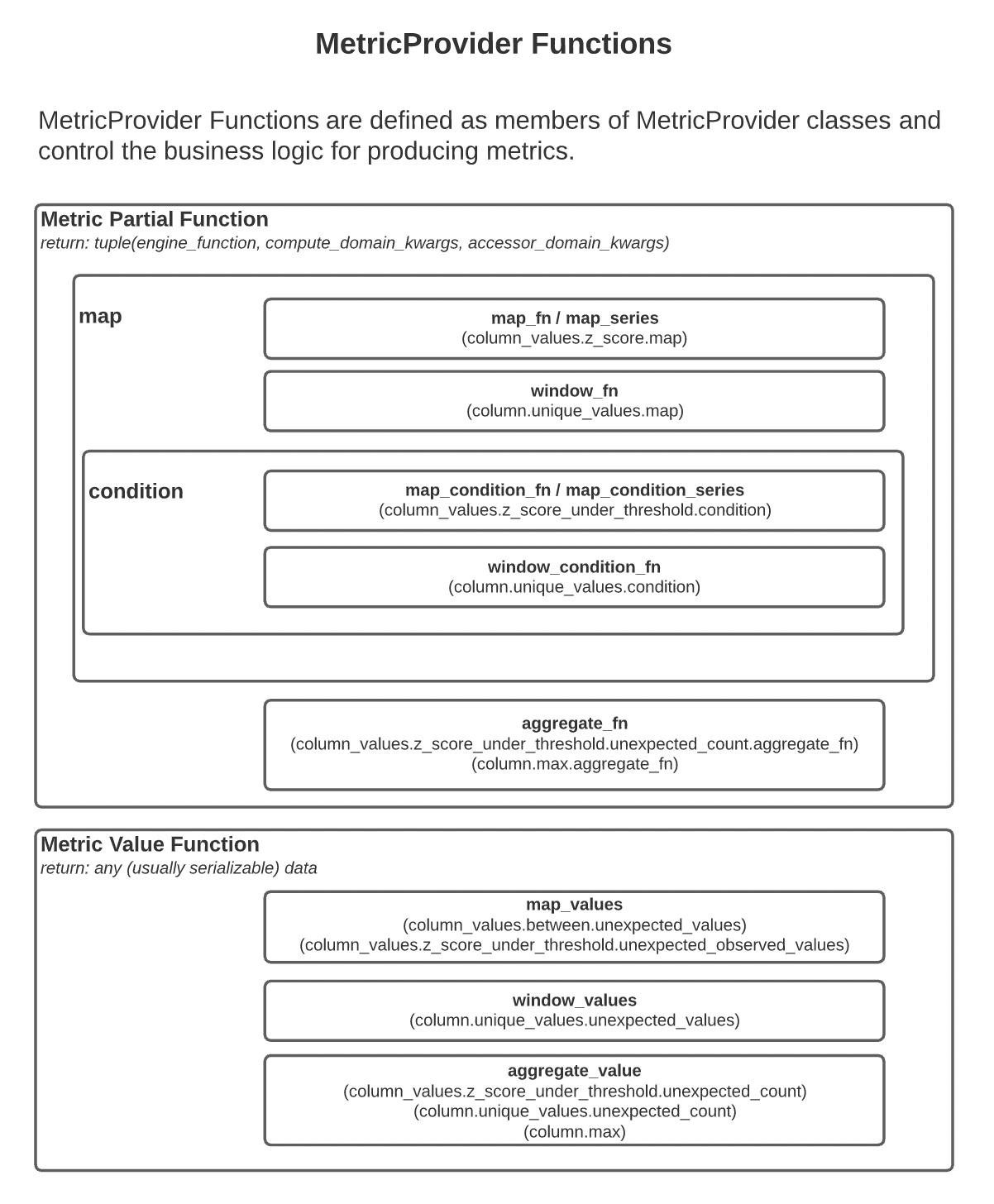 It is important to note that these metrics are NOT available for compute on raw data directly as other metrics are.

A metric_kwargs_id is a string representation of the Metric Kwargs that can be used as a database key. For simple cases, it could be easily readable, such as column=Age, but when there are multiple keys and values or complex values, it will most likely be an md5 hash of key/value pairs. It can also be None in the case that there are no kwargs required to identify the metric.

The following examples demonstrate how metrics are defined:

See the How to configure a MetricsStore guide for more information.